Chevrolet's Bolt EV is the first mass-produced electric car of General Motors Group, which appeared in 2016. Above all, it's the most "far-going" EV among "budget" cars. With a 60kWh battery and an accessible price, it attracts buyers who prioritize power and affordability, not the luxury elements or the big-name brand.

The exterior of the Chevrolet looks attractive and quite futuristic, with no unnecessary elements. The compact but very "muscular" body of the American electric car has stylish optics with full LED "stuffing", attractive bumpers with an expressed relief and a large glazing area. Lightness is added to it by a curved sill line and rear racks in a dark color to visually enlarge the roof.

The Bolt's interior is made in a modern yet minimalistic style, with the main focus on a 10.2-inch touchscreen multimedia system in the center console. Below it is the air conditioning unit, and behind the wheel, there's another 8-inch display that interacts with other devices.

The electric hatchback is made from rather high quality materials, but premium quality is not to be expected. Despite its compact size, the Chevrolet Bolt EV offers ample space for the driver and four passengers. The front has well-appointed armchairs with a wide range of settings, and the rear has a comfortable bench (although a bit flat visually). The car trunk holds as much as 16.6 cu ft, and with lower the back seats, the space increases to 56.5 cu ft.

The Chevrolet Bolt is powered by a three-phase AC motor that feeds all power to the front axle via a single-stage gearbox and generates a maximum 204 hp and 360 Nm of torque. This allow the electric hatchback to accelerate to 62 mph in 7.3 s. And this is one of the best hatchbacks among all brands, almost on a par with the BMW i3.

The electric car uses a lithium-ion battery with 60 kWh capacity, which provides more than 217 mi of range. But, the kicker is, tests have shown that Bolt can travel more than 248 mi on a single charge under smooth control! No other electric car with a price of 30-40 thousands USD can boast that kind of power reserve.

To get a full battery charge from 380V with a standard 7.2 kW charger, the Bolt requires 9 hours (with a type 1 connector). As an option for electric cars, it offers accelerated charging with a SAE Combo type 1 connector, allowing drivers to charge for approximately 90 mi in 30 minutes. However, this port is designed for long trips, while the type1 connector can be used to charge from a station or even from an ordinary socket.

The compact electric car is equipped with a rail-type steering mechanism, supplemented with an electric power amplifier, and disc brakes on all wheels with ABS and EBD systems. An optional special mode with a peak intensity regenerative deceleration is available, allowing the driver to control acceleration and braking with only the accelerator pedal.

So, Chevrolet Bolt is a stylish and high-tech car that combines all the achievements of today's automotive industry. It will be suitable not only for city residents but also for those who often need to make frequent, long-distance trips. 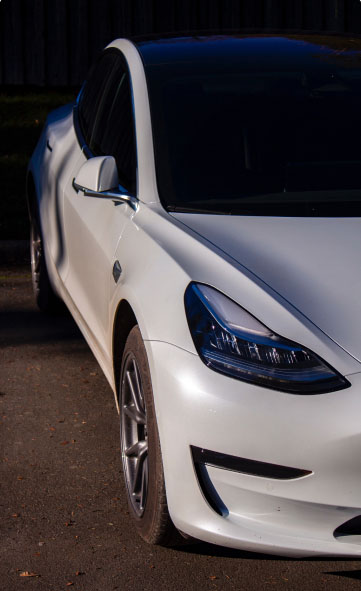